"La Furia del ermitaño", a theatre of sounds about madness. Commissioned by

For Helder & Paetzoild recorders with

For 8 female voices. Commissioned by the Chilean Government.

For 3 sopranos and ensamble of 12 instruments. Commissioned by the Chilean Government.

“Mitte Me”, for orchestra, choir and soloist.

“Sacaoi”, for flute. Commissioned by Spanish Academy in Rome.

Nominated to the Pulsar Prize 2022 of Chilean Classical/ concert Music.

"Sumisa", for Soprano and prepared Piano.

“Misa”, for b flat clarinet, piano and violin.

“Apnea”, for percussion and prepared piano.

“Tensor”, for alto flute in G, B flat clarinet, piano, viola and cello.

“Keaná”, for percusión, guitar, piano, and voice.  Commissioned by the Chilean Government.

“De a dos”, for flute and tenor trombone.

“In soffitta”, sequences for carillon. Artistic happening. with Laura Bissoti.

“Nubutabeka”, for voice and piano. Performance with dancer.

“Liftoaj a Sod, tribute to the victims of the Shoah” for clarinet quartet. Theatrical and dance performance.

“Mentáfora”  for percussion, violin, cello and voice. Music soundtrack for a short film.

Interdisciplinary project for an artistic installation with Antonio Silva Vildósola. 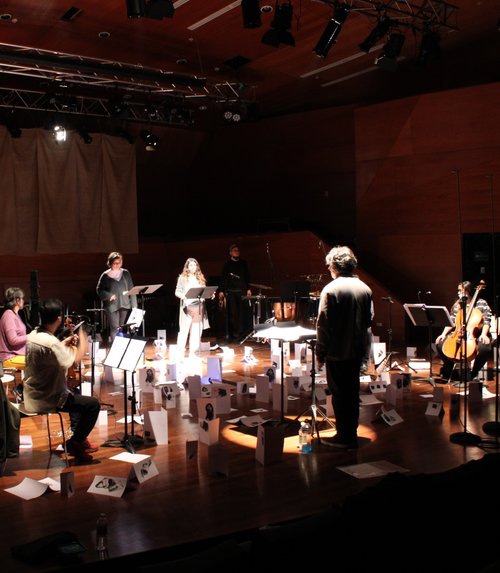